is the winner of the 2007 Clara Wells Scholarship Auditions. Born in 1984 in Plovdiv, Bulgaria, she began her musical studies at the age of 7, and at 12 she was accepted as a student of Svetlana Kosseva at the D. Petkov Music School in Plovdiv. After winning many national and international piano competitions, she continued her studies at the National Music Conservatory in Sofia, where she worked with Anton Dikov. She is currently a junior at the University of Central Arkansas, where she studies with Neil Rutman. She has concertized in Bulgaria, Macedonia, France, Germany, and the Czech Republic, and she continues to excel in many competitions in both Europe and America.


. Back to AMA Festival Program

began studying piano at the age of six, and at 18, she won the Beryl Ferguson Trophy, awarded to the most outstanding instrumentalist in her class at the Winnipeg Music Festival. She was subsequently invited to play on the C.B.C., and soon had earned a B.Mus. degree from the University of Manitoba. She also holds an M. A. in Musicology from McGill University in Montreal. Now a prominent teacher in Vancouver, she is highly sought as an adjudicator. She is also a member of Drosera, a contemporary music ensemble, and has appeared annually at the Vancouver New Music Festival since 2005. Since 2006, she has been performing four-hand and two-piano repertoire with Robin Harrison, and they are currently planning tours of North America and Europe.


Back to AMA Festival Program

has performed organ, piano, and chamber concerts in Ohio, Indiana, Florida, Virginia, and Michigan. His organ teachers have included Larry Smith, John D. Herr, and John Ferguson. Dr. Angelo also received extensive piano training from pianist Nellie Whittaker (a pupil of Guy Maier), a graduate of Julliard, and has coached additionally with Dr. Gary Wolf. Dr. Angelo has lectured and performed for the American Matthay Piano Festival, and has also co-edited with Marie Hasse, materials based upon the ideas of Matthay pupil Helen Parker Ford. Dr. Angelo is the Minister of Music/Organist at First Congregational Church, Saginaw, Michigan where he directs a comprehensive music ministry program consisting of adult and children’s choirs, handbell choir, recorder consort, and Musical Arts Series. Prior to his arrival at First Congregational Church in Saginaw, Michigan, Dr. Angelo served churches in Cuyahoga Falls, OH, Indianapolis, IN, and Winter Haven, FL. He is also the rehearsal pianist for the Saginaw Choral Society. He is a 1991 graduate of Indiana University with a doctorate in organ performance. He has a B.M. in Music Education and an M.M. in Sacred Music from Kent State University and is a member of Pi Kappa Lambda National Music Honorary Society. 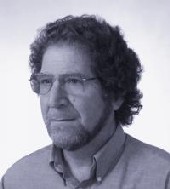 is associate professor of music and head of piano studies at the University of Richmond. He is active as a recitalist, composer, chamber musician, and poet, having performed at over sixty colleges and at venues such as Alice Tully Hall, Town Hall, the Library of Congress, the National Gallery and the French Embassy. Abroad, he has performed at Cité Internationale des Arts, and in Salle Cortot, Paris. His solo playing has been broadcast on NPR, Voice of America, WNYC, WETA, and WGMS. His performance on a CRI CD of piano works of the acclaimed American composer, David Chaitkin is forthcoming. Becker holds degrees from the University of Rochester's Eastman School of Music where he studied piano with Cécile Staub Genhart and from Boston University where he was assistant to Leonard Shure. Additional piano studies have been with Rudolph Serkin, Leon Fleisher, and most recently with Roy Howat and Noel Lee. A recipient of "Meet the Composer" grants, a fellow at the MacDowell Colony, and a Nominee for a Music Award by the American Academy of Arts and Letters, Becker has composed music that has been commissioned and performed by the Peabody Piano Trio, cellist James Wilson, pianist Nancy Burton Garrett, the Richmond Symphony Woodwind Quintet, the Richmond Symphony Woodwind Trio, and the Roxbury Players Clarinet Quintet and the Hillel Foundation of Rochester, N.Y. . His works have appeared at such venues as the Tanglewood Music Festival, Peabody Conservatory, National Gallery of Art, the Gardner Museum, Boston University School of the Arts, James Madison University, University of Texas, Williams College, Bennington College, l'Ecole Normal du Musique, Cite Internationale des Arts of Paris, France, the Eastman School of Music and frequently at the University of Richmond. The world premiere of his large, single-movement work for piano and cello, Crossing Pont Marie (1997-99), was hailed as "An Absolute Triumph" by the Richmond Times Dispatch. His latest solo piano composition, "Getty Square" (2003), is a single movement six-minute long tribute to the city of Yonkers, New York. As a chamber performer, Mr. Becker has appeared at such venues as Carnegie Hall, the 92nd St. Y, Washington University of St. Louis, Brattleboro Music Center, the Carpenter Center, and at Harvard University and Williams College. Some of the artists with whom he has collaborated are the Shanghai Quartet, the Richmond Sinfonia, Judith Serkin, vocalists Kathy Koan, Nan Nall, and Suzanne Stevens, violinists, Phil Lewis and Wei Gang and Hong Gang Li of the Shanghai Quartet, violist, Zheng Wang, and cellists James Wilson and Andor Toth Jr. Poetry by Richard Becker has appeared in AMERICA, Columbia, Visions International, and several other magazines and journals since 1993.

is a native of Columbia, South Carolina, and she received the Bachelor of Music degree in piano and voice from the University of South Carolina where she studied piano with John Kenneth Adams. She holds a Doctorate of Musical Arts in piano from the University of Texas where she studied with John Perry. An accomplished singer, she also earned a DMA from Texas in voice. Further study included chamber music and accompanying at the Music Academy of the West in Santa Barbara, California, and study in Duluth with Frank Mannheimer. She has been the recipient of numerous awards and scholarships and has competed at the national level, including the Naumburg Piano Competition and the Music Teachers' National Association (MTNA) piano competition, in which she was a national finalist in 1972. She recently performed Beethoven's third Concerto with the Coastal Symphony of Georgia at St. Simon's Island and will be returning there next year for solo performances as well as another concerto. She has taught applied piano and voice, class piano, coach accompanying, and sight-reading at Clayton State College in Morrow, Georgia, and the Georgia Academy of Music, and she held an interim position last year teaching piano majors at Georgia State University. Currently, she is teaching at the Atlanta Music Academy and also maintains a private studio in her home in Atlanta. 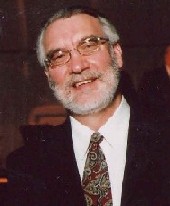 is presently a professor of music at Meredith College in Raleigh, North Carolina, where he teaches piano, courses in music history and literature, and music research. He has degrees from Elon College and the University of North Carolina at Chapel Hill. His principal teachers include Louise Mathis, Gene Featherstone, Michael Zenge, and Francis Whang. He has studied and coached with John Kenneth Adams, Claude Frank, David Burge, Barbara Rowan, Stephen Drury, and Seymour Bernstein. He has done much collaborative work with area singers and instrumentalists. He has a special interest in contemporary music and is currently developing a program focused on piano music emanating from New York during the 1920s. Longer range plans include a series of workshops focusing on legacies of twentieth-century style with respect to piano literature. Recitals and special programs during recent years have included the Beethoven Sonatas, Op. 31; a one-man show based on Schumann’s Kreisleriana; a program on piano music from the far corners of the world (“The Global Piano”), and a program on the relationship between George Sand and Frédéric Chopin. He has been an active member of the North Carolina Music Teachers Association and is a past president of that organization.

has taught privately and performed in the Dayton, Ohio, area for more than forty years. He has studied at the Cleveland Institute of Music, the University of Dayton, and the College-Conservatory of Music at the University of Cincinnati. His piano studies were with Ada Clyde Gallagher, Beryl Rubinstein, Frances Bolton Kortheuer, and Madeline Bostian Rider, a pupil of Tobias Matthay. He is a past President of the American Matthay Association, he served as a member of the piano faculty at Wright State University from 1976-83, and for seventeen years he was Director of Concerts for the Dayton Art Institute. He is also the Founder/Director of the Soirées Musicales Piano Series, which is now in its thirty-first season, Since 1963, he has appeared every year but one as a recitalist and/or lecturer at the annual Matthay Festivals held throughout the United States and in Canada. In 1999 he appeared as soloist with Dayton's Miami Valley Symphony Orchestra in two performances of the Tchaikovsky G Major Concerto and again in February of 2001 in two performances of the Mozart Concerto K. 467 and Chopin's Andante Spianato and Grande Polonaise Brilliante. In April 2003 he again appeared with the MVSO in a performance of Dohnanyi's Variations on a Nursery Tune, which he performed on a rare 90-keyed 1912 Erard, which he recently rebuilt. He performed with the MVSO again in May of 2005, performing Liszt's Totentanz. 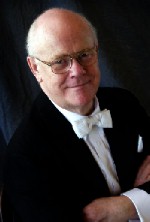 was born in London, where he studied with Frederick Bailey of High Wycombe before winning a scholarship to the Royal Academy of Music, where he studied with Harold Craxton. After being presented with the Silver Medal and Albanesi Prize, he was awarded an Italian Government Scholarship for further studies in Rome, where he was offered a place in Carlo Zecchi's class at the Accademia di Santa Cecilia. Later, he studied at the Mozarteum in Salzburg, and ultimately, he returned to London to work under the guidance of Ilona Kabos. He has been heard in frequent broadcasts for the BBC and other European and South American radio networks, and his many concerts include several appearances at the Cheltenham Festival of British Contemporary Music and the Sir Henry Wood Promenade Concerts at the Royal Albert Hall in London. On the occasion of his long-awaited debut at Carnegie Recital Hall the New York Times observed, "Robin Harrison is an impressive pianist." The former Head of Piano in the Department of Music at the University of Saskatchewan, Mr. Harrison has made guest appearances with leading Canadian orchestras and is well known to Canadian audiences for his many recital broadcasts on the CBC. He has performed at the Centre D'Arts Orford in Quebec and has been a guest artist for the American Liszt Society Festivals in Canada and the United States. He now resides in Saskatoon as a Professor Emeritus, teaching, concertizing, and frequently adjudicating.

holds a Bachelor of Arts in Piano Performance from the University of Central Florida, where she studied with Gary Wolf. She is Head of Keyboard Studies at Polk Community College and she also teaches privately in the Winter Haven Area. She is currently the President of the Bach Festival of Central Florida, a past president of the Florida State Music Teachers Association, and she frequently adjudicates for FSMTA student events. As Southeastern Regional Junior Festivals Chairman, she is also active in the student events of the Florida Federation of Music Clubs. Ms. Hasse is presently serving as Secretary for the American Matthay Association for the second time and has frequently lectured at the AMA's annual festivals. She performs in chamber music recitals in the area and lectures on piano pedagogy. In recent years, she has worked extensively to publicize the contributions of Helen Parker Ford, a Matthay pupil who specialized in teaching his principles to younger children. Ms. Hasse is also the organist for First Presbyterian Church in Haines City.


Back to AMA Festival Program